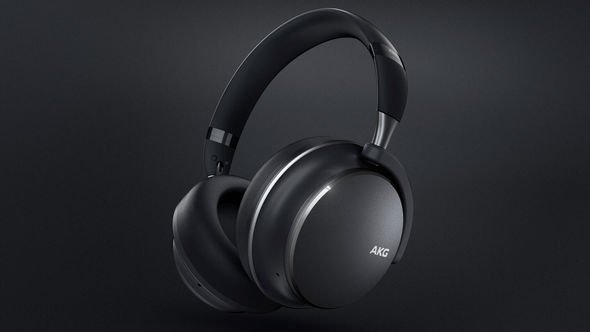 Samsung AKG Y600NC headphone review: the best of Bose and Sony on a budget

With its latest wireless headphones, Samsung has packed flagship features into a £199 pair of cans (Image: SAMSUNG • GETTY)

On paper, the features packed into the AKG Y600NC wireless headphones can stand toe-to-toe with the likes of the Sony WH-1000XM4, Bose QuietComfort 35 II, and Bose 700 series. But then check the prices of all of these noise-cancelling cans and you’ll realise there’s really no competition at all.

Of course, the AKG Y600NC don’t have quite the same refined design as some of these costlier counterparts. And Sony has added a few additional smart features that you won’t find in the AKG model… but these are minuscule differences. And the £150 price difference is far from minuscule.

The AKG Y600NC have a sturdy design with enough flex in the headband that they’ll probably survive being accidentally sat on a fair few times. In the box, there’s a lightweight carry pouch to save the plastic from scratches in your bag. But if you’re concerned about stuffing these headphones into the bottom of your rucksack every day – and to be clear, we really don’t think there’s any need for concern – you’ll have to cough-up for a separate hard-plastic travel case.

Available in Black, Gold and Silver, audio brand AKG hasn’t skimped on the materials for the earcups. The AKG Y600NCs use a generous amount of memory foam to ensure they’re always comfortable – even after a long train journey – and protein leather, which should be as durable as the rest of the design.

The overall design is pretty understated, which we really like. However, if you’re coming from an eye-spanking “Club Yellow” pair of Beats Solo3s, you find these cans a little underwhelming. If we have one nitpick with the design, it’s the headband itself, which could do with some of the memory foam found in the earcups to reduce some of the pressure on the top of your head after a few hours. On daily commutes, you won’t even notice it, but trust us, these aren’t the headphones you want to pack for a flight to Australia.

The noise-cancellation isn’t market-leading, but will make flights a dream (Image: SAMSUNG)

There are plenty of controls on each earcup to handle skipping, play/pause and volume. All of these are really intuitive, so there’s never any need to pull your smartphone out of your pocket to do any of these common tasks.

In fact, the volume controls – handled by twisting the left earcup clockwise and anti-clockwise is particularly satisfying. And unlike the twitchy touch-sensitive areas found on some rival wireless headphones – these work every single time.

Finally, the AKG Y600NCs will automatically pause whenever you take them off. This is something Apple pioneered with its AirPods and is a phenomenally useful feature. In fact, it’s something that Sony only recently added with its Sony WH-1000XM4 – the Sony WH-1000XM3, which Sony still sells on its website for a princely sum of £329, don’t have this capability.

But all of the above would be useless if the AKG Y600NCs didn’t sound the part. Thankfully, that’s not the case.

Like the JBL CLUB ONEs, another recent pair of headphones launched by Samsung-owned brand Harman Kardon, the AKG Y600NCs have a really expansive soundscape. Whether you’re listening to thrashing guitars, a string quartet, or a true-crime podcast host telling you to support the show by subscribing to Squarespace… everything has room to breathe in the earcups.

It’s a brilliant trick. Despite these over-ear headphones being pressed fairly close to your lugholes, there’s really none of the claustrophobia that can sometimes hamper other headphones at this price point.

The companion AKG app on your smartphone allows you to tweak the equaliser settings, but out of the box, the AKG Y600NCs have a nice balance. There’s enough bass to give your favourite tracks some well-needed oomph, but not enough that you’ll lose everything else in the mix.

The active noise-cancellation built into the AKG Y600NCs is pretty good, but far from market-leading. The wireless headphones can strip out most background sounds – from the chugging of a commuter train, to the whirr of an office printer behind your desk – that could disturb your favourite playlist.

However, smaller sounds can still manage to eke their way through the active noise-cancellation. If you’ve previously used the Bose QuietComfort 35 IIs, wearing the AKG Y600NCs won’t offer the same level of isolation from the world around you.

Samsung AKG Y600NC are available in Black, Silver and Gold and work with iOS and Android (Image: SAMSUNG)

Elsewhere, AKG has included its Talk Thru technology, which lets voices cut through the noise-cancellation so you’re able to talk to a ticket inspector, or listen to tannoy announcements at the airport without removing your headphones. This works incredibly well and should ensure you never miss your flight again.

AKG claims the Y600NCs pack 25-hours of listening time on a single-charge. That seems about right in our testing – as we’ve been able to use the headphones for a solid week without the low-battery light flashing red. While 25-hours isn’t the best battery life on the market (the Marshall Monitor II ANCs can manage an impressive 30-hours with noise-cancellation switched on as can the Sony WH-1000XM4s) it’s perfectly good enough.

And when the headphones run out of juice, the AKG Y600NCs can be topped-up with an extra four hours of playback time with a speedy 10-minute charge. Charging is handled using USB-C, so you’ll be able to use the same charging cable as your Android smartphone, iPad Pro, Nintendo Switch or MacBook Air, which should same some space in the suitcase when travelling.

The industrial design is a little subdued, which won’t suit everyone. Us? We liked it (Image: SAMSUNG)

With the AKG Y600NCs, Samsung has built a phenomenal pair of wireless headphones. Sure, the subdued design might not be to everyone’s taste and the active noise-cancellation doesn’t create the same silent vacuum as some pricier options. However, these are nitpicks.

The AKG Y600NCs sound great – whether you’re listening to podcasts, or blasting your favourite tracks.

And the features packed into these cans – from the proximity sensors that automatically pause the music when you take off the headphones, to the fast-charging and TalkTru technology – ensure they can stand shoulder-to-shoulder with a number of rivals that charge twice as much for the same features.

At £199, the AKG Y600NCs are hard not to recommend for anyone looking for a solid pair of noise-cancelling headphones. While they’re definitely not perfect, they’re more than capable of getting your next holiday off to a great start by stripping out the sound of the plane engine to so can hear what every character in the in-flight movie is actually saying. And unlike the alternatives from Bose and Sony, you’ll have an extra £150 to put towards the holiday too.

Sky, Virgin Media and EE broadband warning: Why you must check...

Disney+ has just given Netflix fans a huge reason to subscribe