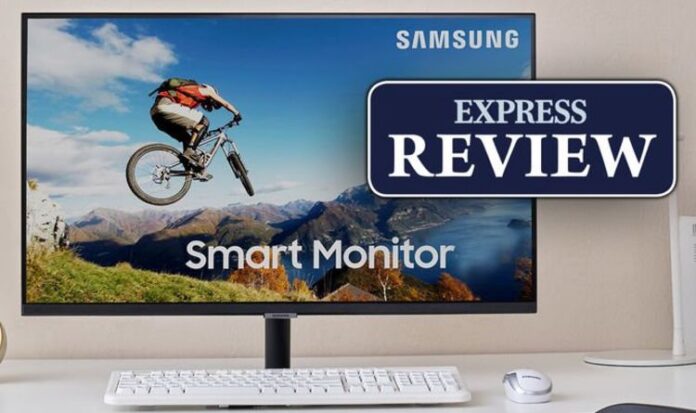 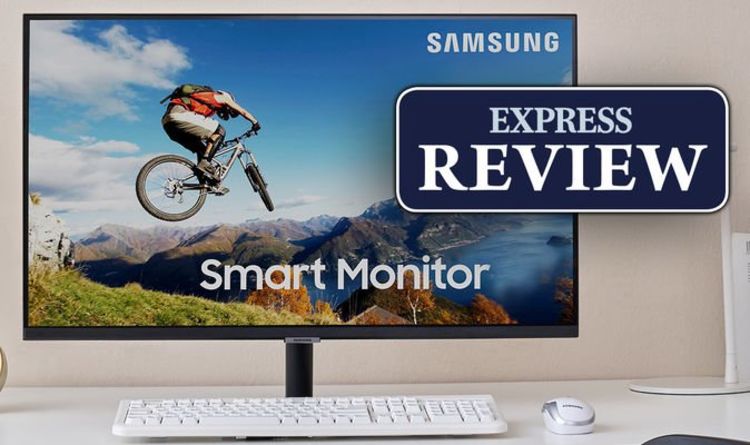 If you’re looking for a PC screen that does more than just help you reply to emails and plough through boring spreadsheets, Samsung’s Smart Monitor could be the perfect office companion. Like most displays, this screen will connect up to a desktop computer or laptop and help you get through your work-day, but once you’ve finished working, there’s a neat trick up its sleeve – as the Smart Monitor can transform into a fully connected telly.

With a built-in Wi-Fi connection and Samsung’s TV know-how, the Smart Monitor offers instant access to streaming services like Netflix, Amazon Prime, BBC iPlayer, Disney+, and pretty much every other streaming service you can think of.

Just like a standard Samsung telly, all of these popular content platforms are easily accessible via the menu bar at the bottom of the screen. To make things feel even more like a television, the Smart Monitor even ships with a remote control to help whizz through menus, change the input settings and pump up the volume, from the other side of the room.

Now, it’s worth noting that, unlike a normal telly, there’s no aerial socket on the back of the Smart Monitor, but if you’re one of the millions who now stream their boxset binge, this really shouldn’t be an issue.

Along with being able to watch content directly from the web, there’s also other useful extras including in-built AirPlay 2. This makes it easy-peasy to beam content from Apple devices, like an iPhone or Mac, to the bigger screen. If you own a Galaxy device things get even better as you can just tap your phone on the side of the screen to share photos, games, and movies on the bigger screen.

During our testing, we found some content looked a little pixelated …so, if you want crystal clear visuals, this really isn’t the display for you. Another irritation is the brightness. Even pumped up to the max things feel a little dull which isn’t great when viewing it in a bright sunlight room.

If you want a better resolution it might be worth upgrading to the £399 M70 which gets a 4K panel and 3,840 x 2,160 resolution. This more expensive model also ships with a USB-C port, which lets you transmit data and pictures over a single connection.

Another issue we had with the Smart Monitor is the stand. Despite twisting the screws in as hard as we dare, the display wobbled and never felt that secure. It’s not going to cause you a massive headache but it doesn’t feel like the premium products we’ve come to expect from Samsung.

One final annoyance is that skipping quickly through the on-screen menus can feel a little stuttery at times. It’s almost like the screen is a split second behind what your fingers are doing on the remote.

All that said, this versatile monitor starts from £229 for the 28-inch model which is pretty good value considering that it can also act as your connected TV.

If your home office doubles as a TV snug or a spare bedroom for guests, and you want a monitor for your PC that doubles-up as your entertainment hub – the M50 ticks all the right boxes.

It offers instant access to the most popular streaming services and the bundled remote control really makes it feel like a standard telly once your day in the home office is behind you. There are enough ports on the rear case to keep most people happy and the simple wireless connections to both Apple and Samsung devices is another big bonus.

However, opting for this two-in-one device does leave you with a slightly subpar experience when it comes to using the Smart Display as both a work monitor and as a telly. Most notably, the brightness and resolution really weren’t up to scratch, although this is fixed with the much pricier M7 model.

All in all, the Smart Monitor is a nice new idea from Samsung. However, your boss might not agree if your productivity levels take a drop.

Virgin Media upgrade will boost your Wi-Fi signal, but some need...

Sky offers customers a FREE data SIM – here’s how to...