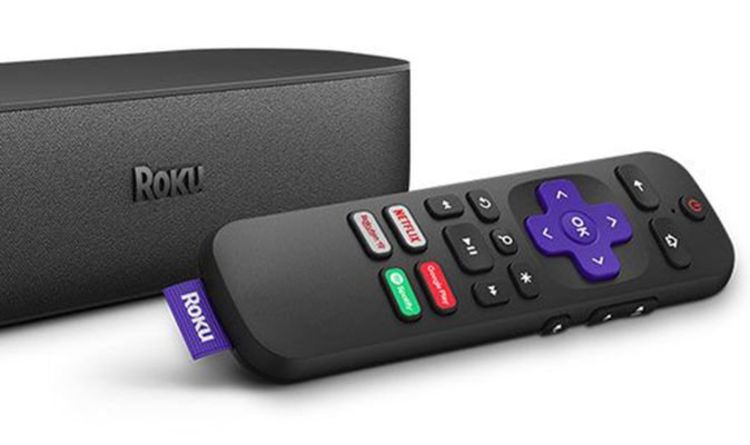 For those that don’t want to sign-up for an expensive Sky Q, Virgin Media or BT TV contract for the next year-and-a-half, opting for a streaming box or dongle can be a much cheaper alternative. There’s plenty of competition on the market right now, including the hugely popular Fire TV Sticks from Amazon and the recently released Chromecast with Google TV.

However, one of the most interesting streaming boxes to launch in recent months has to be the Streambar from Roku. Not only does this device bring instant access to popular services such as Sky’s NOW TV, Netflix, Amazon Prime Video, Disney+, Apple TV+, All4, and BBC iPlayer, but it also boosts the audio with its bombastic built-in speakers.

Hence the name “Streambar”, it’s basically a soundbar with that trademark Roku streaming experience baked-in too. To help achieve this ear-pleasing sound, Roku has included four 1.9″ full-range drivers inside the speaker which have the power to produce rich Dolby Audio.

Roku says that its mini soundbar can create crisp, clean audio that makes dialogue easier to hear while its angled side drivers should help fill a room with noise. Alongside that booming audio, the Streambar can also beam content to your TV in glorious pin-sharp 4K High Dymamic Range (HDR).

When the Streambar went on sale late last year it would have set you back £129.99 but things have just got a whole lot cheaper. From now until March 23, Roku’s Streambar has been dropped to under £100 with most UK retailers applying the discount.

Roku has confirmed that stores including Argos, Very, Curry’s PC World and Amazon are all taking part in the promotion which lowers the price to £99.99.

Streaming Sky, Amazon Prime and Netflix gets cheaper thanks to a great sounding Roku deal

Windows 10 and Chromebook users get speed and battery life boost...