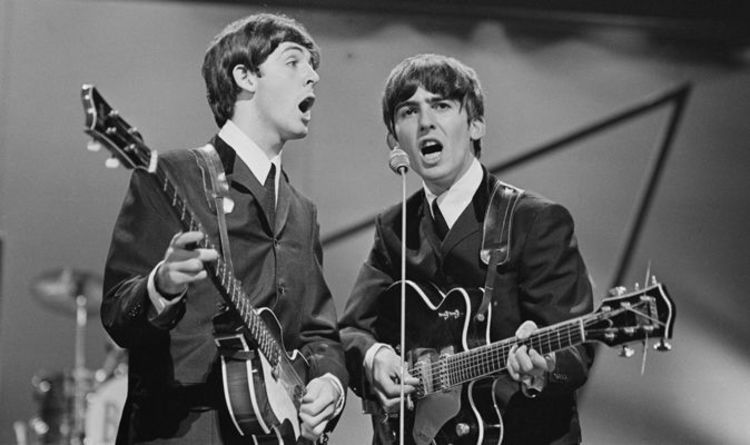 Before The Beatles, John Lennon formed The Quarrymen in 1956. A year later Paul McCartney joined, before George Harrison in 1958. Lennon’s childhood friend Ivan Vaughan introduced him to McCartney on July 6, 1957 at the Woolton village fête, sparking the most successful songwriting partnership in the history of music.

McCartney and Vaughan were around 16-years-old at the time, while Harrison was a year younger.

Sir Paul comments on the snap: “We had a few words and phrases that, if one of us said it, would amuse the others because it was like a secret code…”

Vaughn played tea-chest bass part-time for The Quarrymen, and went on to study Classics at University College, London.

Meanwhile, in June Sir Paul paid tribute to The Beatles’ original bassist Stuart Sutcliffe on what would have been his 80th birthday.

The late musician came up with the band’s name The Beetles with Lennon before the latter changed it to be a play on “beat”.

Sutcliffe left the band after one year in 1961, before tragically dying of a brain haemorrhage at the age of just 21.

The 78-year-old wrote: “Our original bass player Stuart would have been 80 today!

“So many great memories of our time together. Happy birthday Stu! Love Paul.”

While in December it will have been 40 years since Lennon was tragically assassinated.