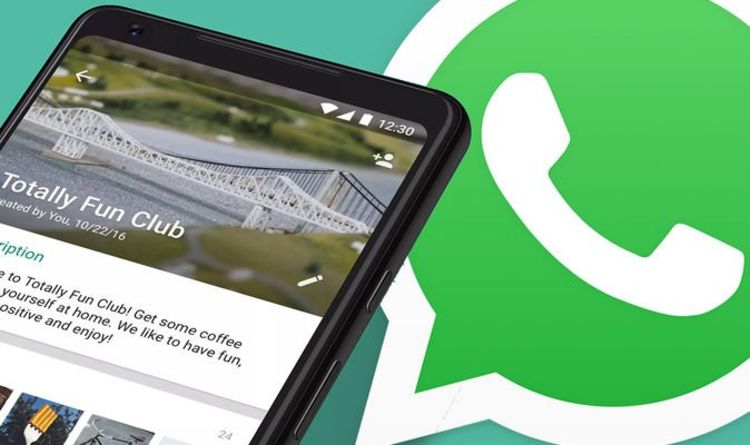 WhatsApp is officially the biggest chat app in the world and the Facebook-owned service has just set another new record. Last year the firm announced that 100 billion messages are now being sent via the platform each day and now it seems voice and video calls are on the up as well. WhatsApp has just confirmed that more than 1.4 billion voice and video calls were made on New Year’s Eve 2020, the most ever in a single day.

Of course, with millions of us staying apart due to the current health crisis this might not come as a huge surprise but it’s still a mammoth achievement for one app.

Explaining more the social media network said: “Before COVID-19, New Year’s Eve generated Facebook’s biggest spikes in messaging, photo uploads and social sharing at midnight across the world. However, in March 2020, the early days of the pandemic produced traffic spikes that would dwarf New Year’s Eve several times over — and it lasted for months. Behind the scenes, Facebook Engineering came together to drive unprecedented efficiency improvements and make our infrastructure more resilient.

“This work includes load testing, disaster recovery testing and shuffling capacity. This year, New Year’s Eve looked a lot different, and we had engineering teams across Facebook’s apps, ready to support any issue, so the world could ring in 2021.”

As spotted in a recently released beta version of the app, it appears iPhone users could be treated to updates including better voice and video calls along with improvements to creating and managing contacts.

And there’s more with it also thought that WhatsApp is improving the way users share URLs plus Stickers and Memojis look set to get better in the future.

There’s no word on a release for these changes but the fact that it’s now being tested shows an update could arrive soon.

Fancy a new iMac or iPad? Apple has some disappointing news...