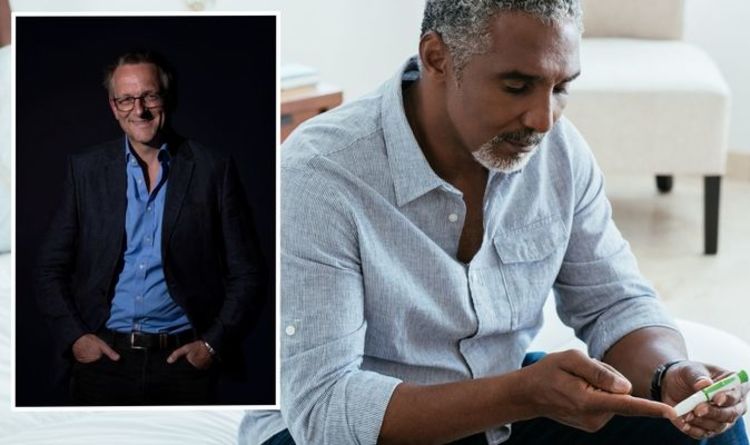 Blood sugar control is one of the most crucial aspects of diabetes.

The doctor’s advice is also verified by research, which proved that “even modest weight loss can have a big impact”.

This research called the Norfolk Diabetes Prevention Study looked at more than 1,000 people with pre-diabetes.

Pre-diabetes is when your blood sugar levels are elevated above the normal range but you’re not yet diabetic.

The study participants were asked to lose weight while being monitored for more than eight years.

Dr Mosley noted: “Those who managed to lose two to three kilograms, and keep it off, almost halved their risk of developing full-blown type 2.

“This adds to extensive research carried out by British scientists showing that, as well as pre-diabetes, type 2 diabetes can be put into remission by going on a rapid weight-loss diet.

“And, as we’ve known for 20 years, weight-loss surgery can also reverse type 2.”

This study found more than 70 percent of type 2 diabetes patients, who had lost a “significant” amount of weight, didn’t need medication for more than five years later.

The doctor added: “Despite all this, the NHS Choices website still tells you type 2 diabetes is a ‘progressive’ disease that ‘usually gets worse over time’.

“With most people needing ever-increasing levels of medication. What a depressing — and I would argue inaccurate — message.”

Currently, there are more than 4.9 million people in the UK with diabetes.

Those diagnosed with type 2 are usually given medication, the doctor explained.

He added: “While this will reduce the long-term damage caused by high blood sugar levels, it doesn’t deal with the underlying disease.

“So how long before there’s widespread acceptance that most cases of type 2 diabetes can be put into remission by a rapid weight-loss diet?”

Dr Mosley shares the ‘secret’ to treating diabetes – ‘it costs nothing’

Dementia care: Hallucinations are an early sign to look out for...