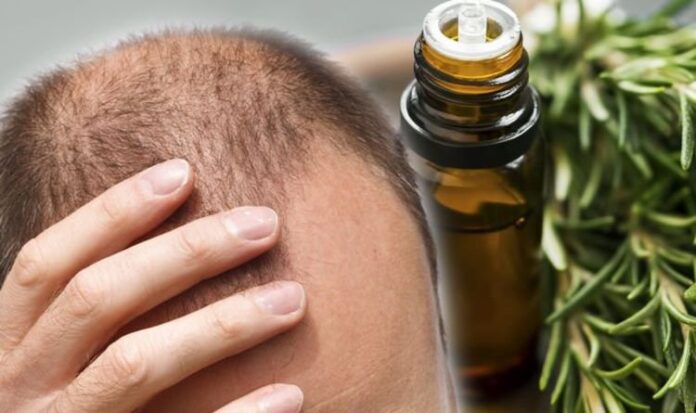 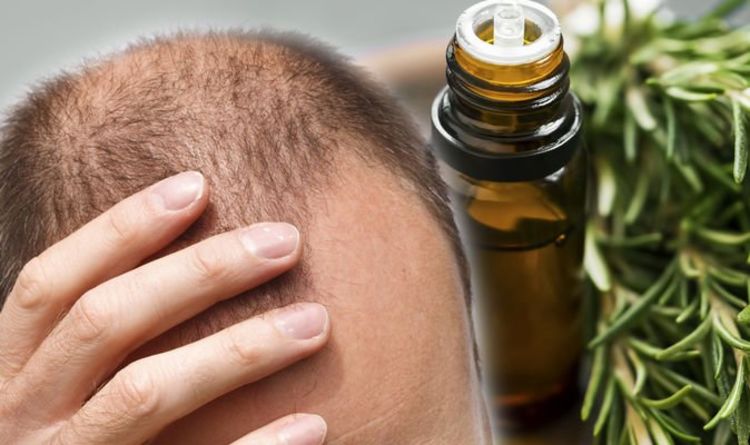 Hair loss is par for the course when it comes to ageing. This loss could be attributed to a variety of reasons including stress or genetic factors. There has been numerous evidence, however, pointing to the efficacy of rosemary essential oil in helping to increase hair growth.

In a study published in the US National Library of Medicine National Institutes of Health, rosemary oil vs minoxidil for the treatment of alopecia was further investigated.

“The present study aimed to investigate the clinical efficacy of rosemary oil in the treatment of androgenetic alopecia (AGA) and compare its effects with minoxidil two percent,” noted the study.

It continued: “Patients with AGA were randomly assigned to rosemary oil or minoxidil two percent for a period of six months.

“No significant change was observed in the mean hair count at the three-month endpoint, neither in the rosemary nor in the minoxidil group.

READ MORE: Coconut oil: How to use coconut oil to improve your health – and which type to buy

“In contrast, both groups experienced a significant increase in hair count at the six-month endpoint compared with the baseline and three-month endpoint.

“The frequency of scalp itching at the three-month and six-month trial points was significantly higher compared with baseline in both groups.

“Scalp itching, however, was more frequent in the minoxidil group at both assessed endpoints.”

The study found the findings of the present trial provided evidence with respect to the efficacy of rosemary oil in the treatment of alopecia.

In another study conducted on mice, the application of rosemary leaf extract improved hair regrowth.

In addition, the extract promoted hair growth in mice that had their back areas shaved.

In their conclusions, the researchers suggested that the extract inhibits the “binding of dihydrotestosterone to androgen receptors”.

This is significant because androgen receptors are proteins that allow hormones like testosterone and DHT to bind to them, thereby causing hair loss.

If you’d like to try reaping the rewards of hair-boosting effects from rosemary oil, you need to know how to make use of it.

As instructed by Healthline, you’ll need to mix several drops of rosemary oil with olive or coconut oil.

Once the essential oil has been diluted by a carrier oil (in this case olive or coconut oil), then you can apply it to your scalp.

It’s advised to leave in the rosemary oil mix for at least 10 minutes before washing it out with shampoo.

Finasteride and minoxidil are the main treatments for male pattern baldness, recommended by the NHS.

Minoxidil can also be used to treat female pattern baldness, but women shouldn’t use finasteride.

But it’s important to know these treatments don’t work for everyone and may only work for as long as they’re used.

They also aren’t available on the NHS and can be expensive.

Other ways to treat hair loss include hair transplant – when hair cells are moved to thinning patches, and tattooing – tattoos used to look like short hair and eyebrows.

If your hair loss is causing you distress, speak to your GP who may be able to help you get some counselling.

Hair loss treatment: Rosemary oil shown to be just as effective as minoxidil for regrowth

Vitamin B12 deficiency: Four physical symptoms warning your levels are too...

Fatty liver disease symptoms: The colour of your eyes could indicate...