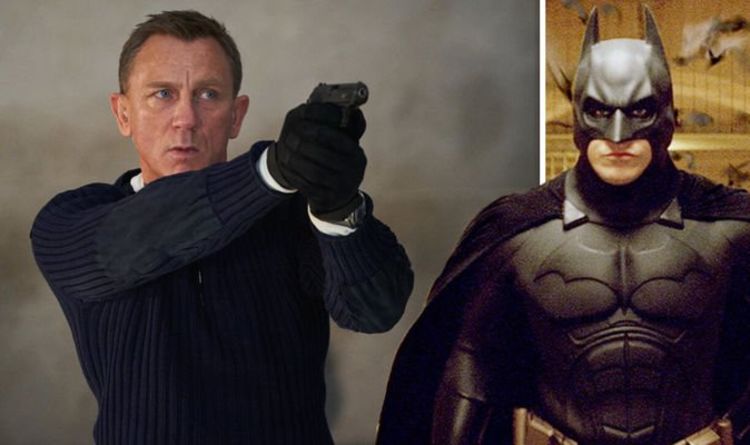 James Bond: Batman director could be PREPARING to take hold of next 007 film

James Bond (played by Daniel Craig) has been through quite a lot in the past five films. This year will see the end of his journey once again as Craig’s time in the film franchise comes to a shattering end in No Time To Die. While the end of Craig’s Bond concludes, fans are already looking into the future for what is going to come next.

There are huge amounts of speculation surrounding what and who are going to come next in the franchise of 007.

Many rumours have been swirling online about who will take the place of Craig when his time has been served.

But, as well as that, people are looking for a new visionary to give the franchise a breath of fresh air, and introduce a brand new character to the fold.

Lately, prolific director Christopher Nolan has been promoting his brand new film Tenet around the world.

But during this time he has also delved into some of his inspirations.

During these various conversations Nolan gushed about the Bond franchise, and even pointed out his favourite film from its back catalogue.

Could this mean he’s actually beginning to look into working on the James Bond franchise now that his latest epic, Tenet, is over and done with?

While speaking about the film, Nolan explained: “The first James Bond film I remember going to the cinema to see was The Spy Who Loved Me with Roger Moore.

“That still is a great favourite of mine. That’s a film that I try not to watch too often. But when I watched it recently – I showed it to my kids, for example – you can tap back into that early experience.

“I think I was about seven years old when I saw it. I went with my dad to the cinema to see it.”

Going on to praise the film inherently, he continued: “What I remember, and what I’ve tried to retain from that experience, is the feeling of possibility that you could jump through that screen, and go anywhere in the world, and see the most amazing things.

“It had such scale, and such possibilities, really. It was pure escapism, and had an excellent sort of fantasy component to it as well – you know, with the car that turns into a submarine, and all that stuff. But really, great.”

While it is certainly a tall order from the Bond franchise, could Nolan have had his interest piqued to take on the man of mystery?

If that is the case, fans could probably expect the influential director taking on a brand new collection of bad guys with a new up-and-coming Bond actor.

That would certainly make sense, as the latest rumours have surfaced surrounding Bond’s next actor being Tenet star Robert Pattinson.

Betway recently placed their odds on Pattinson, drawing from his success in Tenet, and the anticipation surrounding his upcoming role as Bruce Wayne in The Batman.