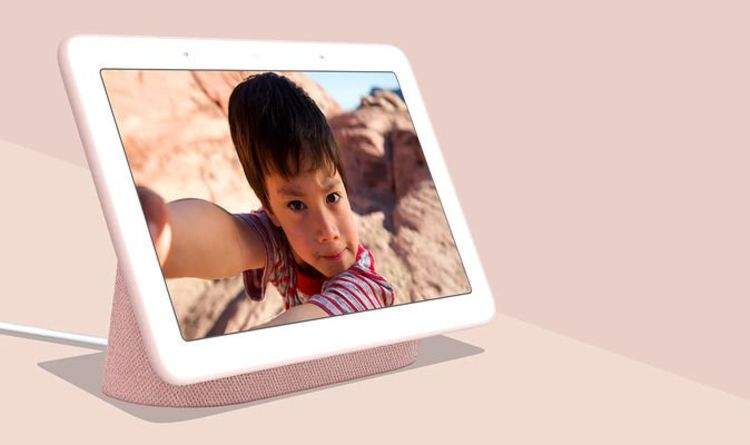 It’s almost two and a half years since Google launched its Nest Hub smart display, which includes a seven-inch touchscreen, built-in speaker and access to the Google Assistant. The diddy smart home gadget became a huge hit as a bedside alarm, cooking assistant in the kitchen, or small display in the living room to manage smart lights, thermostat or security cameras without always relying on voice commands.

In the time since the Google Nest Hub (née Google Home Hub) landed on store shelves worldwide, Amazon has refreshed its rival Echo Show range number of times, Lenovo has brought Google Assistant-powered alternatives to the Nest Hub to market, and Facebook debuted its own option, known as Portal. But despite all of these changes, Google doesn’t seem to have been in any rush to update its hardware.

Of course, there have been a number of clever new software features rolled out to existing Nest Hub owners in the last two and a half years, but no new hardware. That could all change in the coming months, according to sources speaking to Google-focused blog 9To5Google.

However, those who were hopeful that Google has spent the last 28 months completely reworking the design and dreaming up new hardware innovations …might be sorely disappointed with what’s seemingly around the corner. That’s because 9To5Google claims the successor to the Google Nest Hub will look almost indistinguishable.

Insiders speaking to 9to5Google claim the next Nest Hub will keep “the same design language” – that means we expect to see the same floating touchscreen and chunky, leaning fabric-covered speaker as a base. Expect the same size bezels and screen too.

There are some new colours in the works, according to those with knowledge of Google’s plans. A light blue could be on the way as well as the grey, black, aqua, and soft pink that are already available. Other improvements include improved audio output quality and three – instead of the two found in the current model – far-field microphones to improve the distance that you can utter the wake phrases “Hey Google” or “OK, Google” from to get the Nest Hub’s attention.

There’s also whispers that the gesture control system, known as Soli, that debuted in the Pixel 4 might be integrated into the next Nest Hub. Presumably, this will be used to pause music and alarms with a wave infant of the Nest Hub.

However, some sources speaking to 9To5Google suggest it could also be used to track your movements during the night to monitor sleep quality. Sounds and movements would be analysed to produce a score for those who use the Nest Hub on their bedside table. This will be similar to the sleep tracking system built into Fitbit, which Google now owns.

According to the sources speaking to 9to5Google, the new Nest Hub is arriving “sooner rather than later”. So, stay tuned for more on that in the coming weeks.